Exam regulator Ofqual has confirmed a set of radical changes to GCSE examinations taken in England, which will alter what is studied as part of the qualification, and how. Head of Ofqual Glenys Stacey has described the changes as ‘The biggest change in a generation.’ 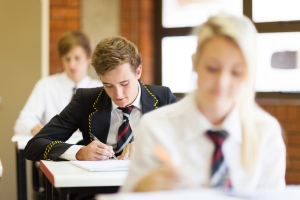 GCSE examinations will be studied for across the current two-year period, however all exams will be taken at the end of two-year study, abandoning the current modular system. It is speculated that coursework and controlled assessments will also be scrapped for most subjects.

The current GCSE grading system of A*-G is to be replaced with a numerical system, ranking achievement from one to nine – with nine being the highest grade. The lowest grade applicable will be U for unclassified.

The first phase of changes will be instigated with students due to take GCSE examinations in 2017, with English and maths being the first subjects affected. The two-tier paper option for students studying maths will remain in place, however will not do so for English – meaning one exam will be taken by students of all abilities. A further 20 GCSE subjects will face these changes for exams due to be taken in 2018.

To mark their 21st anniversary, English Touring Theatre (ETT) have launched an online vote entitled My Favourite Play to find the nation’s favourite most loved play.

ETT will perform nine of the most popular plays from the public vote, either as touring shows or public rehearsed readings, in 2014. These performances will take place alongside ETT’s regular output of 12 shows – bringing their tour schedule in their anniversary year to 21 productions.

Voters can pick from plays originally written in English; translations, adaptations and musicals are not eligible in the poll.

The My Favourite Play poll is open until 8 December. Visit http://myfavouriteplay.com to cast your vote. 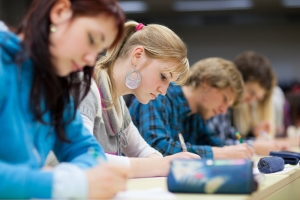 Exams in key subjects are set to be overhauled with the English Baccalaureate certificate (Ebacc) set to replace GCSE examinations.

The new format will see the abolishment of coursework in English and maths. Modular exams will be culled, leaving students with one intensive exam at the end of study. There are also plans to have the Ebacc certificate administrated by just one main exam board.

Education secretary Michael Gove announced the changes to parliament, saying the Ebacc would create ‘truly rigorous exams, competitive with the best in the world, and making opportunity more equal for every child.’

Head of the Nasuwt teachers’ union Chris Keates responded to the announcement by saying: ‘The government will have to work hard to ensure that these reforms are not the final nail in the coffin for the provision of a broad and balanced curriculum.’

Changes are currently under consultation, with plans to introduce the Ebacc into schools in 2015. The first students to take the new exams in English, maths and science will be those starting secondary school this year – set to take the KS4 exams in 2017.

There are plans to further roll out the exam format to other subjects, including history, geography and languages in 2016 – where history coursework will also be scrapped. Further research will then be conducted to see how the Ebacc might be used to structure other subjects.

Teaching Drama contributor Susan Elkin tried to ease the fears of drama teachers, writing in a blog for The Independent: ‘Subjects such as history, geography and languages will probably be phased in gradually. But drama, dance and music will not. And quite right too. You can’t assess these subjects through a three-hour silent exam as you can maths, chemistry or English. Music or drama need to be taught by building up practical skills in regular sessions over a long period of time.’