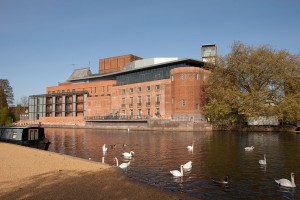 Boyd’s last season at the RSC

The Royal Shakespeare Company’s last season under artistic director Michael Boyd has been announced. Boyd said that: ‘I’m very proud to be programming my last season in our new space with many of the theatre artists who have contributed to its success in the last year.’

The Winter’s Tale directed by Lucy Bailey will open the RSC’s 2013 season in January, with plans to take the performance on tour throughout the UK. Following this, a company of actors will perform in repertoire Hamlet, All’s Well That Ends Well and As You Like It.

The Swan Theatre will open its season  with the world premier of Tanika Gupta’s new play The Empress. The play, to be directed by Emma Rice, tells the story of the relationship between Queen Victoria and an Indian manservant. As with the main space, the opening performance will be followed by a company of actors performing three plays; Titus Andronicus, A Mad World My Masters and a new play from writer-in-residence, Mark Ravenhill.

Michael Boyd upon announcing the new season reflected on the successes the RSC has experienced in the past year: ‘Our transformed Royal Shakespeare Theatre has really got into its stride this year, setting the pattern for how we celebrate Shakespeare’s work. We’ve created a space that is perfectly balanced on the tightrope between the Renaissance and now, and truly brings the actors closer to the audience. The last 12 months, in which we’ve celebrated the RSC’s 50th birthday in Stratford, opened the most awarded West End musical in history and launched the World Shakespeare Festival right across the UK, point to the healthiest possible future for theatre’

Boyd will leave his post in September to be replaced by Gregory Doran.